NEW SPECIAL REPORT!!! GET IT HERE:   DO WE STILL NEED RETAIL REAL ESTATE? 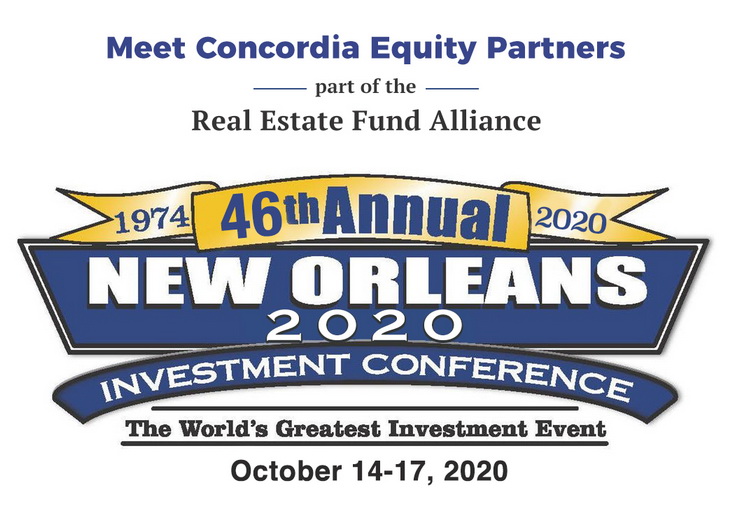 We will again be with the Real Estate Fund Alliance our booth is really close to the coffee and bar.

The largest and longest running investment conferences in the world!

The New Orleans Investment Conference is one of the largest and longest running investment conferences in the world.  Sophisticated investors gather every year to discover new opportunities and strategies, exchange ideas, and plan for the coming year.  You can join Concordia Realty to enjoy the camaraderie and have some fun on Bourbon Street in New Orleans. Grab a Sazerac, listen to live jazz and make some investment moves in New Orleans this November. 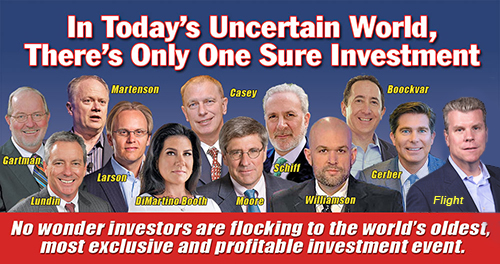 The New Orleans Investment Conference is now in its 44th consecutive year. It ranks as the preeminent gathering of private investors and attracts high net worth individuals from all across the United States and many different countries. 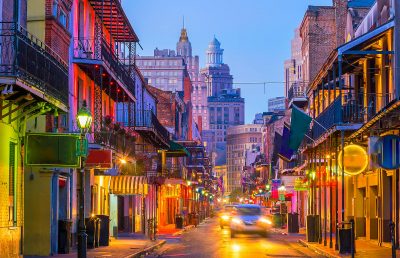 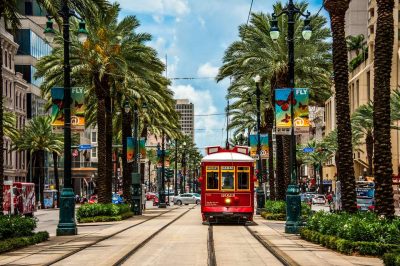 The Real Estate Fund Alliance is a group of fund managers who provide a variety of real estate investment opportunities including apartments (Multi Family), self storage, shopping centers, net leased properties, mobile home parks, self storage facilities, RV parks and campgrounds, office buildings, student housing, medical buildings, senior housing, medtail real estate and single family homes.  With REFA you can invest directly with Main Street fund managers and select from a variety of opportunities tailored to your personal investing style and risk profile. You will enjoy the benefits of real estate investing without the hands-on hassle of finding, financing and managing properties. You can also use self-directed retirement account funds to diversify your savings from the volatility and uncertainty of the stock market.   Private real estate investments like those opportunities provided by REFA also have an extra layer of privacy to protection your wealth from prying eyes and financial predators. REFA private real estate investments allow you to invest for current income, long term gains, tax benefits, total returns that have historically exceeded public equities markets, bond yields and insurance products.

You can visit the Real Estate Fund Alliance HERE

For more information or to arrange a meeting, contact us today at:

DISCLOSURES, LEGAL AND TAX COUNSEL: Concordia Realty Corporation is a licensed Illinois Real Estate Broker – License #478.006849.  Concordia Realty Corporation, Concordia Equity Partners LLC, Concordia Realty Management,Inc. (collectively “Concordia Realty”) and their affiliates do not provide tax, legal or accounting advice. This material has been prepared for informational purposes only, and is not intended to provide, and should not be relied on for, tax, legal or accounting advice. You should consult your own tax, legal and accounting advisors before engaging in any transaction or undertaking. Concordia Realty and Concordia Equity Partners LLC highly encourage individuals and investors to seek the counsel of a qualified attorney as well as seek the counsel of a tax professional or Certified Public Accountant (CPA) to determine if there are any potential tax liabilities or consequences as a result of anything contained herein.  NO GUARANTEE: All users of this website should understand there are NO GUARANTEES of any success, outcome or profitability of any transaction or undertaking, expressed or implied by Concordia Realty, Concordia Equity Partners LLC or any of its members, shareholders, officers or affiliates and will NOT be liable for any financial or other losses or damages incurred as a result of any undertaking. Go HERE to view complete DISCLOSURES.